Simon began a PlayStation in the late 90’s with the Toca BTCC, Colin McRae and Gran Turismo games eventually progressing into his first online racing with Toca Race Driver 3. Moving on to PC Sim-Racing with a wheel in 2008 and taking a large interest in touring car racing in Race 07 Simon managed to win the 2009 RDTCC Saturday Cup.

Simon joined iRacing in 2008 but started racing consistently with the launch of the VW Jetta TDI where he managed to finish 1st in division 2 and 2nd or 3rd on multiple occasions in the Jetta TDI Cup and Grand Touring Cup. As well as competing in various other GT & Prototype cars in iRacing.

Simon competed in the first driver swap endurance leagues in 2014 with the Masters of Endurance and NEO Endurance Series. Partnering Ben Tusting in the McLaren MP4-12C finishing 5th Overall and a highlight 6th place in the 24hrs of Spa. In the NES he partnered Adam Parle in the RUF RT12-R C-Spec to a 6th in class finish.

In the Spirit of VLN 2015 Season 2, teaming up with long term team mate Jamie Wilson, they managed to achieve Team Chimera first league win returning to FWD touring cars in the Kia Optima. 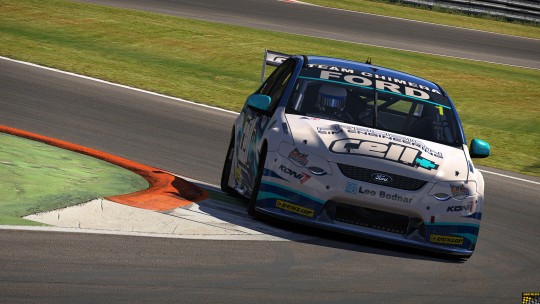